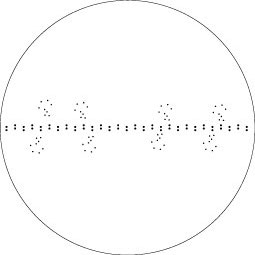 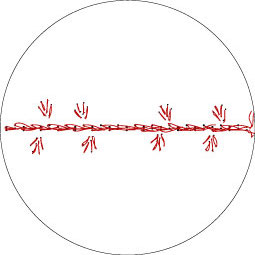 TAG LINE:
An art project in which I explore, clarify and illustrate the consequence of the fact that we only perceive a fraction of (the unwritten) rules we have around us. Perceive everything going on, what we are going through.

IDEA:
Time affects our way of seeing - of interpreting - of living our lives.
We only perceive a fraction of what is going on around us and time is a crucial part in our ability to see connections in reality.
Time provides perspective. What we see and do not see has consequences.


See, interpret, live.
A movement (process) that doesnt stop before we die.
(What happens to time and space then is a completely different story)
The tactile time.


Transmission of events between different senses with code as stimuli.
Our society is full of unwritten rules that we have to deal with.
A project to visualize a part of our perception.
To rediscover the gaze and become more aware of life.
The artwork should bring a sense of calm and thoughtfulness to the audience.

WHAT:
Five round discs rotate slowly around its own center.
The rotation time varies between 30 and 120 seconds. Each disc is decorated with a dash in great contrast to the background.
The embroidery has its origin in a small village in Angermanland that has give its name to the he seam - Anundsjo.
As the rotation time is different, the patterns of the discs will meet at regular intervals, the lines will then merge and create a pattern (code) that the viewer perceives as a long stroke. This code, in turn, initiates a different course of events.
Next step in the project:
A slide projector placed next to the discs.
At each of these pattern meeting, a new slide image is fed out of the magazine.
The tactile time. The images shown are a fragment of my finite life.
Example of pictures on the slide projector:
_TEXT: I only perceive a fraction
_FOTO: my parents weddingparty
_TEXT: I can manage some unknown rules.
_FOTO: my sisters on christmas
_TEXT: Time is a crucial part.
_FOTO: me as a child
_TEXT: I am on my own.
From the discs hang sewing thread tangled on the floor. Red wool yarn from the embroidery of Anundsjo.

HOW:
The (three) rotating discs are placed on a wall.
One Arduino control three stepmotors, each motor is connected to one of these discs.
The discs start its rotation at the same time.
Disc1 stop after one lap. Disc2 has a faster rotation and stops after two laps. The last disc to stop is number three.
At the stop a pattern emerge, a new image will be presented from the projector.
After 4000 ms the rotation starts again.
To be continued.